I enjoy being a firearms instructor, and helping people become safer, more knowledgeable, firearms users.  I was fortunate growing up to have been taught good firearms handling skills, and during my time in the Army, it became of unequaled importance.  After I got out of the military, I came to realize that the majority of people, even long-time shooting enthusiasts, are not very safe with guns.  Sadly, the worst offender, and teacher, is Hollywood.

Most of today's popular TV shows and movies have firearms featured prominently.  Police dramas, military action stories, alien invasions, rogue nuclear submarines, and vigilante superheroes, all interact with guns regularly.  The problem is that they are all too often doing it wrong.  And for many Americans, who have no other familiarization with guns, they learn these bad habits over time. 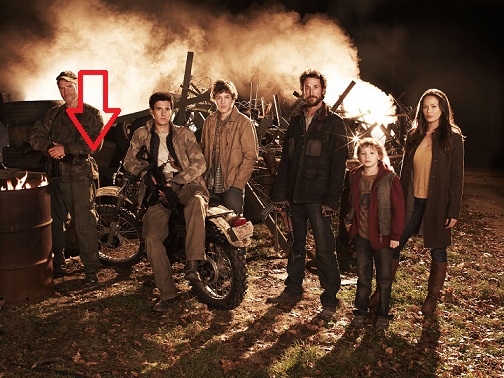 I enjoy this entertainment as much, or more, than other people.  However, I really don't like how poorly the actors handle their firearms.  In scene after scene, they maintain almost no muzzle awareness, constantly pointing their guns at one another idly.  In many instances, they even corner suspects from opposite sides of the room, effectively getting ready to shoot at each other!

Falling Skies is a fun show, and I like watching it.  I wish they would hire someone to instill some proper firearms etiquette.  I'm not trying to pick on them, but they are a top-offender, and it's almost hard to find pictures of the show that aren't illustrating exactly what I'm talking about.  My wife is probably tired of me yelling at the TV when the show is on! 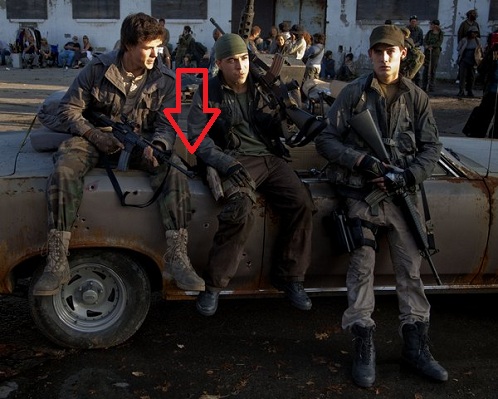 As responsible firearms owners, we owe it ourselves to get proper training, and understand how to use guns as safely as possible.  We also owe it to others to point out poor firearms behavior when we see it, and make the correction.  I suspect that many of the people that work in Hollywood are not firearms enthusiasts (probably likely the opposite), so maybe it's understandable that they don't know that what they are doing is wrong.  The real irony is that they are probably the single largest contributor to the tragic accidents of well intentioned, but habitually "mis-trained", people.

The best thing television and movie producers could do for the gun safety of America is to start insisting that their actors portray the correct, proper, and safe firearms handling skills.