10 ways to use "defensive shooting" competitions to train for the real thing. 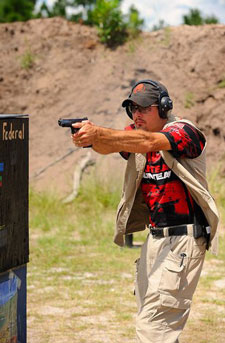 Defensive shooting competitions can be used to train for real defensive situations, but you have to be careful how you do it.  The reality is that a defensive shooting competition is a game.  Because it is a game, there are some artificial measures of success (e.g. time), and people psychologically want to maximize their ability to meet the artificial goals.  However, if you are aware of the training pitfalls that will form bad combat habits, and don't mind handicapping your scores a little, you can get a fantastic training experience out of a match.

"You don't rise to the occassion.  You fall to your level of training."  Let's examine some things to watch out for: